“DOT focuses on the rules, not what you think is common sense.”

Most of us would probably agree that there can be a difference between a substance abuser and someone who failed to follow substance abuse testing rules, unknowingly or otherwise.  In the eyes of the DOT, they are one in the same.  Because you operate regulated trucks, make sure you don’t allow what you may think is common sense in running your business to dissuade you from following the DOT testing rules. 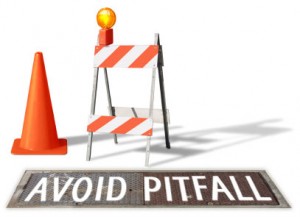 For a drug and alcohol testing program to be truly effective at detecting substance abuse in the work force, testing must be at random and done with very little notice.  The DOT rule requiring drivers to report immediately to a testing center the moment they are notified is in place to accomplish an effective program.  Reporting immediately upon notification means exactly that.  The driver is required to go now.  Not in a couple of hours.  Not after work today, or tomorrow, or next week or next month, he must go immediately.

The reason for the urgency is that drugs and especially alcohol don’t stay in your system very long.  If an alcohol abuser is allowed to wait even 4 hours after being notified, there is a strong possibility the random test won’t detect the abuse.  With drug use, the time frame is a little longer but not much.  Allowing time to lapse between notification and showing up for the test provides the abuser a way to escape detection and thus, the DOT rules don’t allow it.

Some companies and especially owner operators often fall into the trap of applying what they feel is common sense when responding to a notification for testing.  The trap of common sense is when the company Designated Employer Representative (DER) notifies the driver of the test but because “I know he’s not a substance abuser, or because we’ll lose money if I pull him into test now,  will wait to test when it’s more convenient”.  By doing so, they have broken the must report immediately rule.  This is especially common with Owner Operators as they are most always the DER and the driver.

When the DOT discovers that a driver was notified but did not immediately report for testing, they have no way of determining if the delay was because the driver was trying to avoid detection.  Because they can’t make that determination, the rules state that they must invalidate the test and consider it a refusal to test.  By DOT rule, a refusal to test is treated in the same manner as a positive test where the driver must report to a substance abuse professional for diagnosis, treatment, if any, and extensive follow up testing.

We all agree that the substance abusers need to be caught but don’t let your lack of knowledge or a misguided common sense approach to testing allow you or your drivers to be caught up in the same net.  Avoid the pitfalls.  Know and follow the rules.  We are here to help!

There are 0 comment. on "Common Pitfalls For Drug Testing – Part 1"