Our nation is struggling with an opioid epidemic and trying to figure out how far we should legalize marijuana. In the midst of these two issues, we are noticing a troubling trend of government employees, and those that are federally regulated, when it comes to drug testing.

In a recent article, we wrote that the National Highway Traffic Safety Administration (NHTSA), Fatality Analysis Reporting System (FARS) reported that there was a 9 percent increase in fatalities for all drivers involved in fatal crashes between 2014 and 2015.

The number of federally regulated semi-trucks involved in fatal crashes increased by 8 percent during this period. These truck drivers are required to be randomly drug tested as well as tested for pre-employment, post-accident, and reasonable suspicion. Yet marijuana was found in 21 percent more truck drivers involved in these fatal crashes than in the previous year!

This is just the beginning. 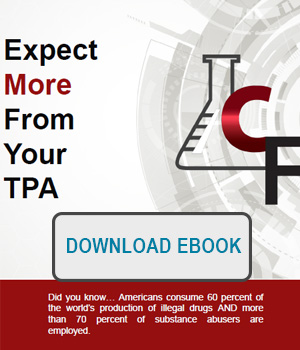 The U.S. military’s own elite fighting group is battling drugs from within and for the first time, Navy SEALs are talking publicly about drug abuse, according to CBS news.

Navy SEAL commander, Capt. Jamie Sands, already had five SEALs kicked off the teams for using drugs while under his command for just three months and his chief of staff said that a “staggering” number of drug cases showed that the Navy’s Special Operations had a higher incidence of drug use than the rest of the Navy fleet.

Though we might image some of these Navy SEALS abuse drugs because of the stress of high-risk operations, but that’s not the case.

Like the rest of the military and many federally regulated employees, SEALs are required to be random drug tested. However, they aren’t tested when they are away from their home base, which is much of the time because their skills are in constant demand. Three active-duty SEALs told CBS news that they had not been tested in years. But that’s about to change.

A Portland, OR KGW investigation found that 858 TSA workers tested positive for drugs or alcohol between 2010 and 2016 nationwide, according to federal records obtained through a Freedom of Information Act request.

As we have mentioned with truck drivers and the military, the TSA conducts drug and alcohol tests randomly, as well as reasonable suspicion testing.

According to Quest Diagnostics, the overall percentage of positive random drug tests for federal employees in “safety sensitive” jobs was 1.5 percent.

The U.S. House Homeland Security Committee said that “TSA employees have been criminally charged for using cocaine on the job, facilitating large-scale drug and human smuggling, and engaging in child pornography activities” in a July 2016 report.

Pilots are affected too

On March 16th, 2017, the opioid epidemic may be showing up with pilots when a Spirit Airlines pilot and his wife were found dead at their home, most likely the result of a lethal heroin-fentanyl mixture. 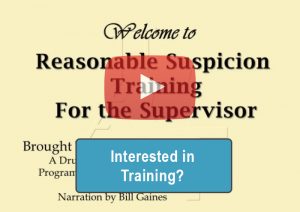 The Dayton Daily News reports that the pilot last flew on March 10, 2017 and investigators offered no indication that the pilot used drugs while piloting an aircraft.

The Federal Aviation Administration requires pre-employment, post-accident, reasonable suspicion, and random drug test for pilots, but pilots are not required to be drug tested during annual physical exams.

But gaps in testing may be making it difficult to determine how pervasive the opioid problem is in the aviation industry. Random testing requires every safety-sensitive employee have an equal chance of being tested each time selections are made, meaning a pilot could theoretically go an entire career without testing.

Pilots provide urine samples during a physical exam to check for diseases, but not drugs. There are many who believe having this urine sample to be tested for drugs as well is one solution in understanding how pervasive this problem could be.

There are 0 comment. on "Troubling Trend of Government Employees and Drug Abuse"