As of today, Colorado, Washington, Oregon, California, Nevada, Alaska, Maine and Massachusetts have legalized marijuana use despite a federal law classifying marijuana as a controlled substance. As we enter into the next voting cycle, it appears they are likely to get a lot of company as 14 additional states are planning similar recreational-sale initiatives soon.

The potential tax and economic boosts of the new marijuana industry that is already generating an estimated $6 billion in annual sales, is adding a rush to legalize marijuana recreationally, according to a recent LA Times article.

What Sessions is telling states that have legalized marijuana…

However, when states and industry seems to be moving toward legalization, federal leaders are signaling a tougher road. Attorney general Jeff Sessions said earlier this year that marijuana’s effect “is only slightly less awful” than heroin’s.

For example, a 2017 state police impact report on Oregon’s market found that as much as two-thirds of marijuana production occurred in the black market, according to Sessions letter to the state governor. The report also found marijuana-related emergency room visits had soared by 55% and law enforcement was unable to keep pace with marijuana grown legally in Oregon then shipped out of state. 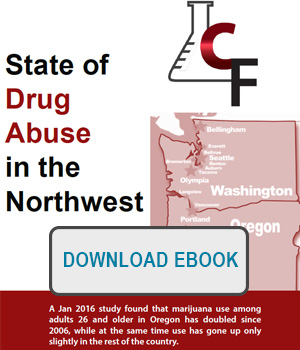 The attorney general asked both Governor Inslee (Washington) and Hickenlooper (Colorado) to prove that “all marijuana activity is compliant with state marijuana laws,” and told them the impact reports raise “serious questions about the efficacy of marijuana ‘regulatory structures’ in your state.”

More specifically, Sessions asked Inslee to outline steps being taken to combat the sale of marijuana out-of-state, protect public health and safety, and prevent marijuana use by minors.

The reason for this request is because Washington marijuana has been sent to 43 other states according to a 2016 impact report’s finding on intercepted mail shipments, over a dozen THC labs exploded in one year alone (although the labs were gray or black market facilities and not licensed facilities), and marijuana-related calls to poison centers soared.

In his letter to Hickenlooper, Sessions said Colorado marijuana has been sent to 34 other states and marijuana-related traffic accidents and deaths were on the rise in Colorado.

The foggy future of legalized marijuana

Session’s letters did not tell the states they lack the authority to sell marijuana, although he did tell Inslee and Hickenlooper that federal law still trumps state regulations and “the [Justice] Department remains committed to enforcing the Controlled Substances Act in a manner that efficiently applies our resources to address the most significant threats to public health and safety.”

This is causing a foggy future and causing employers in these states to question whether to be lenient on marijuana users in the workplace drug testing policy or not.

Marijuana and its negative effects and workplace risks should not be tolerated if safety is the main concern for a business, especially in safety-sensitive work roles, as should be the case with alcohol, opioids, and other drugs.

If your business is not federally regulated, you can set-up a policy wherever you feel comfortable starting: just pre-employment testing, only after post-accident testing, etc. Your program can even target safety-sensitive roles if you do not want a company-wide testing program. 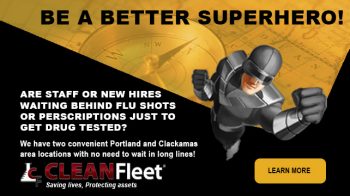 Also, provide educational materials on the actual effects of marijuana to a person’s body and how it can negatively affect the workplace. Being open with your employees on why the drug and alcohol policies are in place is very important.

With laws surrounding marijuana legalization changing, staying on top of the law to make sure your workplace drug testing policy is compliant is daunting. Let the professionals at CleanFleet keep you in compliance and help keep your workplace safe. Call us at 503-479-6082.