Employer-sponsored support in the food service industry lags behind other fields.

Survey results recently released from George Mason University shed new light on the rate of substance abuse and addiction in the restaurant industry. As a part of a yearlong research project, Capstone student Amy Doman conducted an anonymous, online survey of full-time restaurant and bar employees over the age of 18 who had experienced a negative event in the last year that affected their work, home, or social lives, or caused legal repercussions from alcohol or illicit drug use.

Ninety-three survey respondents revealed how often they drank alcohol over the past 60 days as well as how many days they had five or more drinks. The chart below averages those results.

She also posed a similar question about illicit drugs. See chart below.

Many of the survey respondents lack self-awareness about what is considered substance abuse. Only 18 percent of them reported they had a problem, and another 28 percent weren’t sure. But when asked about colleagues, the answers were much different: 53 percent said they knew someone at work with a substance abuse problem.

Doman’s research focused on the potential for Employee Assistance Programs (EAPs) to help restaurant workers struggling with addiction. These programs commonly work as referral lines that employees can call to find an appropriate care provider. They’re most often brokered as a part of company insurance coverage, and prices vary based on how extensive the service is and the size of the company.

The trouble is the percentage of companies that offer EAPs within the food service industry ranks among the lowest, at 23 percent. Meanwhile, the highest-ranking fields, at 80 percent, include education, utilities, and information management, according to Department of Labor. And Doman’s survey results concur—an astounding zero percent of survey respondents had used employer-based programs to address substance abuse.

Alex Levin, the executive pastry chef for Michael Schlow’s restaurants, which include Alta Strada, Conosci, Casolare, Tico, and The Riggsby locally, says that most restaurants don’t have these programs because it’s cost prohibitive. But having come from a different employment sector, he recognizes their value. 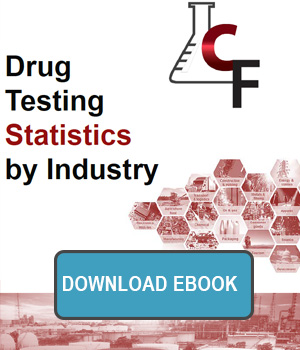 “I used to make presentations about how employees can benefit from them in my old life as a conference producer,” he says. “They’re helpful in that they do the important job of keeping things as private as possible so employees can make better decisions for their well-being, whether it’s addiction or mental health.” He hopes that companies offering EAPs approach restaurants. “It would be wonderful to have more support in general.”

The fact that so few restaurants offer these programs or that they are grossly underutilized is a problem, given the well-documented abuse of drugs and alcohol in the restaurant industry and an especially deadly opioid crisis. November 2016 was the deadliest month for drug-related deaths the District has seen in five years. Thirty-two people suffered opioid-related deaths that month, according to the D.C. Office of the Medical Examiner. And the problem has been building—there were 407 opioid-related deaths in D.C. over the past three years.

WCP reported several factors that make restaurant workers more susceptible to substance abuse, including long hours, little vacation, high-pressure environments, competition, and the reality that it’s often de facto permissible to be under the influence of drugs or alcohol at work. Doman adds the stigma of addiction, mental health issues, the nature of shift work, and the fact that receiving cash tips can impair impulse control.

Doman’s overall objective was to help food service industry supervisors and human resource managers promote and communicate their substance abuse programs to at-risk and addicted employees, EAP or no EAP. She found that supervisors in particular play a very important role in nudging employees to seek treatment, especially when they communicate with workers in informal settings. Levin, who has been sober for 14 years, agrees.

“Every single person I’ve ever known that’s worked in a restaurant that brought that to their chef or general manager has gotten help in the framework of having their job secure for them,” he says. “And if they have health insurance, addiction is a disease, so they can utilize insurance to go and get the help they need and know their job is waiting for them when they return.”

Doman also recommends bringing in a speaker who is in recovery who has worked in the food service industry. “They can talk about their struggles and their challenges and how they maintain sobriety working in a bar or a restaurant.” Again, Levin would agree. He’s long informally counseled restaurant industry peers.

Talking more openly about drug and alcohol abuse is something everyone can do. “If we talk about addiction like we do about cancer, since they’re both diseases, there will be less stigma,” Doman says. “An alcoholic once told me if you don’t admit how you feel, you’ll never heal.”

The full report is available here.

There are 0 comment. on "Survey Reveals Rates of Substance Abuse in Restaurants, Lack of Resources"