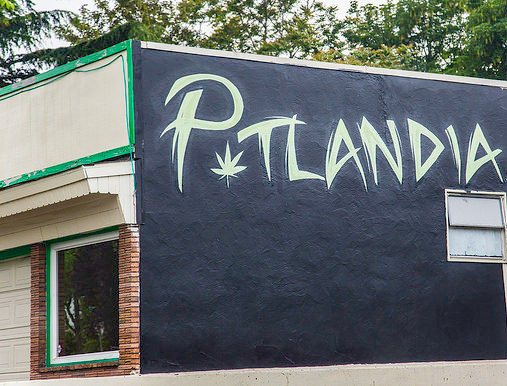 According to Wikipedia, the magazine High Times spread the origin story of 420. According to the legend, five high school students in San Rafael, California calling themselves the Waldos used the term in connection with a fall 1971 plan to search for an abandoned cannabis crop that they had learned about, based on a treasure map made by the grower.

The Waldos designated the Louis Pasteur statue on the grounds of San Rafael High School as their meeting place, and 4:20 p.m. as their meeting time. The Waldos referred to this plan with the phrase “4:20 Louis”. Several failed attempts to find the crop eventually shortened their phrase to simply “4:20”, which ultimately evolved into a codeword that the teens used to mean marijuana-smoking in general.

Now, after an analysis of 25 years of data, researchers found a link with a slight increase in fatal U.S. car crashes and the date 4/20, frequently referred to as “Weed Day”.

The researchers analyzed U.S. government data on fatal traffic accidents from 1992 — shortly after 4/20 was popularized as a pot holiday in High Times magazine — through 2016. They compared driver deaths on that date with deaths on a day the week before and the week after during the study period.

Deaths increased slightly in most but not all states, amounting to an overall increased risk of 12 percent, a similarly elevated risk linked with alcohol and driving on Super Bowl Sunday and New Year’s Eve.

According to the National Institute on Drug Abuse, marijuana can impair driving ability. Researches analyzed over 10,000 studies since 1999 and found that, among 100 conclusions, there is substantial evidence of a statistical association between cannabis use and increased risk of motor vehicle crashes.

And the data is starting to mount up since the legalization of recreational marijuana across the US. NHTSA’s National Roadside Studies show that the presence of THC among drivers has increased, and THC positive driving now exceeds alcohol positive driving.

Similar to the 420 study, authorities in Colorado say the numbers cannot be definitively linked to legalized pot, but that it is important to note that the numbers probably are even higher.

In Colorado, some drivers did not test positive simply because they weren’t drug-tested at all. Not all coroners drug-test deceased drivers for marijuana use because it is not required by law and some police agencies don’t bother drug-testing a surviving driver if he or she has a blood alcohol concentration of more than .08% and can be charged with driving under the influence anyway.