Confessions of an Owner-Operator: Advice for Getting Started 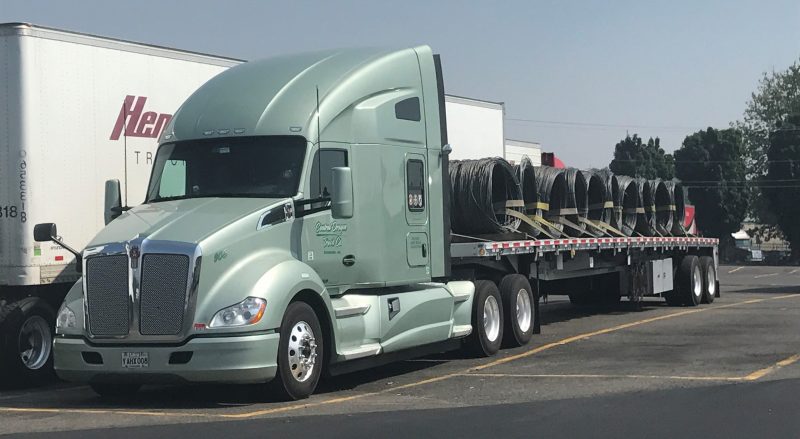 Being an owner-operator turned out to be a lucrative business for me, which is why I’m grateful for sites like ClassADrivers.com that give new drivers all the tools they need to become a successful truck driver. But when I got started, things weren’t that easy.

I spent more than 25 years as a professional driver, eventually landing a million-dollar-a-year contract with a company. When that company’s regional VP told me how much the contract was worth, I sat stunned for a moment. “You’re a major player,” he said. “I’ve got dedicated runs from the East Coast to the West Coast. Even after all your expenses, there’ll be a significant amount left over for you.”

Before getting to that point, I had to learn a few things the hard way. I thought I’d share them here so you won’t have to.

How I Started Out

Before I was offered such a great contract, I was asleep in my truck on location at the company terminal, never suspecting that anyone was taking notice of my efforts. I’d worked every holiday, and ran 70 hours a week for years.

I learned that out of 500 drivers in the region, I was one of the top three runners. Although the focus was on my driving stats, I believe I was handed this kind of offer because I’d overcome a string of setbacks on my way to becoming a successful owner-operator.

Still need to start your required drug testing program? We can help you out with the whole process. You can call CleanFleet over the phone at 503-479-6082.

Through the years, I had become an expert driver in handling expedited loads. As a company driver, I gained valuable business operating experience working for several contractors. Along the way, I examined every bit of information available from OOIDA and Overdrive Magazine on how to go into business for myself.

Of course, knowledge alone wouldn’t be enough. Becoming an owner-operator takes some courage, and getting that million-dollar contract never would have been possible if I had not been willing to take the risk.

As a result of being a risk-taker, I was able to pay off a $50,000 truck within eighteen months! I reaped many other benefits…but it wasn’t always like that.

When I first began my journey as an owner-operator, I signed up for a bad lease-purchase deal.  The lease-purchase company was offering a brand-new Freightliner with a sleeper and a dedicated run, which was to go to JFK airport in New York, then to Louisville, KY – but none of this was in writing.

If the carrier had held up their part of the bargain, everything would have worked out fine. I would have earned enough after expenses to make a living. After the third week, however, dispatch had other plans and didn’t give me the promised run.

Also, the company didn’t offer EZ Pass or toll cards. I didn’t understand that all tolls, including New York City bridges, would be out-of-pocket expenses. I found myself running six days each week on a forced NYC turn. The company’s reimbursement process was turtle-slow, and I eventually wound up using my entire weekly paycheck on tolls.

Once I’d had enough, I turned the truck in. I thought I would at least get back the $3,000 I had paid into escrow. I later discovered a non-refundable escrow clause in the leasing agreement and never got the money back. At least I didn’t owe the company anything after I returned the truck.

Looking back, I would advise myself to consult a tax accountant and an attorney to determine legalities, profit margins, and tax liabilities before signing any contract. All details such as runs, tolls, and escrow provisions should be spelled out in the contract. If a company won’t allow you to preview their contract, look elsewhere.

For More Tips and Advice Before Becoming an Owner-Operator, read the full article at DAT Solutions.

William Pearson is a CDL instructor with 25+ years of truck driving experience.

There are 0 comment. on "Confessions of an Owner-Operator: Advice for Getting Started"