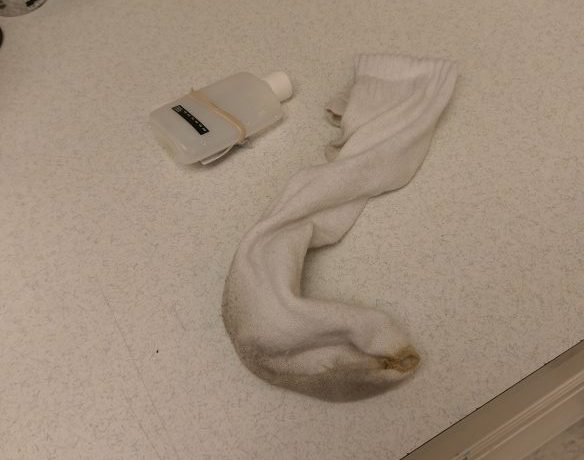 Drug test cheating is a problem that won’t seem to go away. As much as 10 percent of all drug test samples have been adulterated, switched or tampered with in some manner.

This is just the tip of the iceberg. According to the 2015 National Survey on Drug Use and Health, more than 67% of all drug users are employed and 24.8 million Americans age 12 and older admit to being regular marijuana users.

Yet, only 3.5% of all drug tests are positive according to one major laboratory. The rate of drug test cheating could easily be higher than 10 percent if all cheating drug tests were caught.

So what states are making it illegal to cheat a drug test?

State laws that make it illegal to cheat a drug test

Although, Federal laws do not make cheating illegal, state may have laws that make it illegal to cheat a drug test. Today, over a dozen states have anti-drug test cheating laws.

Texas was one of the first states to pass an anti-drug test cheating law. Its law considers a person guilty of a misdemeanor if that person “knowingly or purposefully manufacturers, delivers, owns, uses, or possesses a substance or device designed to falsify a drug test result.”

South Carolina has a comprehensive law that includes individuals who “provide substances or devices for the intent of cheating on a drug or alcohol test as well as those who would use such substances or devices.”  The penalty for first-time offenders includes a fine of up to $5,000, or up to 3 years in prison, or both.

Oklahoma imposes a $1,000 fine and up to one year in prison on anyone who helps another person cheat on a drug test.

In North Carolina, a person found guilty a second time of helping another person cheat on a drug test is guilty of a Class I felony.

Oregon makes cheating a drug test a Class B misdemeanor with a maximum fine of $2500, or up to 6 months in jail. The law states, “A person commits the crime of falsifying drug test results if the person intentionally uses, or possesses with intent to use, any substance or device designed to falsify the results of a drug test of the person.”

In 2014, Colorado was the only state with a bill that would create criminal penalties for cheating on a drug test.

What else are states doing to prevent cheating?

Some states are banning Synthetic or Fake Urine

States are enacting laws to ban the sale of fake urine, which retails for about $17 to $40 in head shops, truck stops and on the Internet, and is easy to purchase.

Mississippi lawmakers in February 2018 want to stop people from using fake urine to cheat drug tests by passing “The Mississippi Urine Trouble Act”. The committee voted to set the penalty for violation at up to a $1,000 fine and or six months in jail.

Laws making it illegal to sell or use synthetic urine or cheat on a drug test are on the books in at least 18 states, according to the National Conference of State Legislatures, including Arkansas, Indiana, Louisiana, New Hampshire and Oklahoma.

Urine testing is the most common screening method and detects recent use, typically in the previous one to three days. It is suitable for all testing reasons – from pre-employment to random to post-accident – and can be performed for a wide range of illicit and prescription drugs.

However, it is also the testing method most likely being cheated. Other testing methods include oral fluid (saliva) testing, hair testing, and blood (an invasive un-popular process).

Oral fluid (saliva) testing is quickly rising in popularity because it is non-invasive. Drug compounds that are present in a person’s blood are present in their saliva. Saliva tests measure the parent compound: the psychoactive element of the drug. Detection of the parent compound in saliva indicates that the drug has entered the blood stream. Urine testing only measures the broken down compound, which means it takes longer to detect drug use (2-3 days compared to saliva’s detection in just a few hours to 4 days).

When the sample process is collected properly (10-15 minute wait period under supervision), cheating is nearly impossible because fresh saliva recycles every 10 minutes. So what you put in your mouth to try and cheat is already out of your saliva when the swab is placed in your mouth.

Hair testing requires a small sample of hair, about 100-120 strands of hair, that is collected under direct supervision without any invasion of privacy. The process for collecting a hair sample is “top-down”. Which means, if the donor does not want the sample to be collected from their hair, the collector could get a hair sample from a beard, under the arm, or elsewhere on the body.

There are 0 comment. on "You can be fined or jailed for cheating a drug test in many states"