How Legalization of CBD Oil Will Impact Workplace Drug Testing Across the U.S. 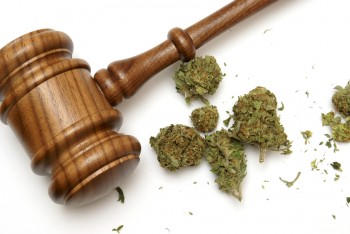 On March 21, 2018, Indiana signed into law an act that legalizes the sale and use of cannabis-derived CBD oil (with a THC level of 0.3 percent or lower) throughout the state. The Act’s passage raises new questions for both employers and employees, especially between the legalization of CBD oil and workplace drug testing.

CBD oil, extracted from the cannabis or hemp plant, has received much recent media attention for its use in treating a wide variety of medical conditions and ailments. Unlike other products derived from the marijuana plant, CBD oil is promoted as lacking psychoactive properties because of its low level of THC.

In Indiana, CBD oil must have a total THC level of 0.3 percent or lower to be legally bought or sold throughout the state.

Given CBD oil’s low level of THC, the substance which ordinarily triggers a positive drug test, at least one major drug testing service provider is publicly advising that average CBD oil users would not be expected to test positive on a drug test for marijuana or marijuana metabolite.

However, it remains to be seen how CBD oil could impact a drug screen. There is some discussion that the consumption of CBD oil in tandem with marijuana usage may result in higher THC levels for a longer period of time, thus increasing the chances of a positive drug test and, further, that CBD may be converted into THC in the stomach once taken orally.

In other words, there is no guarantee that CBD oil usage will or will not impact a drug test. As a matter of federal law, CBD is a marijuana extract and therefore falls within the definition of marijuana, a Schedule I drug.

Because CBD oil is a marijuana derivative, its use would not be accepted as a legitimate medical explanation following a positive drug test.

What if an Employee Attributes a Failed Drug Test to CBD Oil Usage for Medical Reasons?

With the legalization of CBD oil likely to expand across the county in years to come, drug testing employers will likely receive thorny questions about the interplay between CBD oil usage and drug testing. As a preliminary matter, employers should take care to ensure that any professionals handling drug testing questions are up to date and prepared with consistent talking points.

Additionally, given the many uncertainties regarding CBD oil (e.g., varying levels of THC, questions regarding how CBD metabolizes, etc.), employers should refrain from advising applicants or employees regarding the risk of CBD oil usage and testing positive on a drug test.

As prior to CBD’s legalization, if an applicant or employee tests positive for marijuana on a drug test, use of CBD oil would not be an acceptable defense, and the consequences of failing a drug test under the employer’s particular policy would apply.

There are 2 comments. on "How Legalization of CBD Oil Will Impact Workplace Drug Testing Across the U.S."