Captain of Mary B II had three drugs in system when crab boat capsized off Oregon coast, killing three 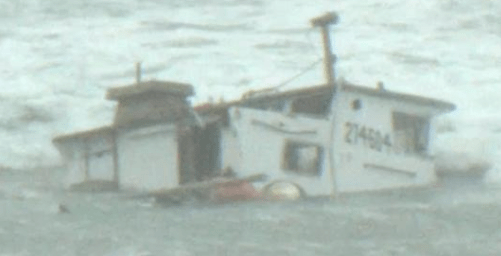 On Jan. 8, 2019, three fishermen were killed when their crab boat capsized in high surf as they attempted to navigate past the Yaquina Bay bar as seas were breaking 12 to 14 feet.

The Coast Guard tried to guide the Mary B II to safety, when the crew wasn’t answering their radio, using illumination flares when a wave swamped the boat.

According to Oregonlive, Biernacki and his mother, Mary Anderson of San Diego, had bought the 41-foot boat from longtime local fisherman Clint Funderburg only months before. After being approached by Biernacki and Anderson, he agreed to sell the pair the boat, its fishing gear and Dungeness crab permit. But Funderburg acknowledged he had concerns about Biernacki’s experience and knowledge of the area.

A state trooper also testified that she saw Biernacki with bloodshot eyes and slurred speech on the docks the day before the capsizing and had also fielded a report from a concerned Newport business owner that Biernacki appeared impaired.

Oregon State Police Senior Trooper Heather Van Meter reported receiving a call from Biernacki’s former employer, a commercial fisherman based in Newport, after the accident. Biernacki had skippered one of the man’s three vessels the prior year but was let go because the boat owner had “concerns” about Biernacki’s abilities, she said.

Those applying for a Captains license or other merchant mariner credential need a drug test and periodic drug testing every two years. The U.S. Coast Guard’s Drug and Alcohol Testing Program regulations promote a drug-free and safe work environment for the safe passage of embarked passengers and for carriage of cargo on U.S. waterways.

Although the Captain of the Mary B II was not a credentialed mariner and the employer was not required to have a chemical testing program in place, this incident with the latest toxicology report stresses the importance of staying clean when on the waters. Learn more about the rules and regulations of a USCG drug testing program, what is required, and join CleanFleet to stay in compliance.

Our thoughts go out to family and friends of the lives lost in this horrible incident.

There are 0 comment. on "Captain of Mary B II had three drugs in system when crab boat capsized off Oregon coast, killing three"