What Does FMCSA Increase To 50% Random Drug Testing Rate Mean for Drivers, Fleets And The CDL Clearinghouse? 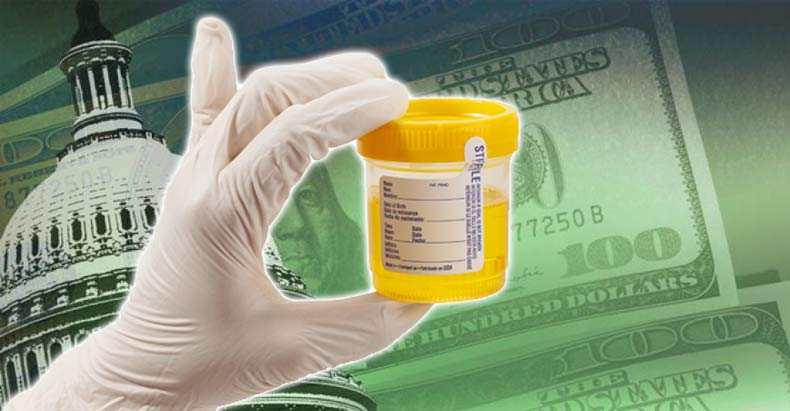 By now you have heard that the Federal Motor Carrier Safety Administration (FMCSA) has increased its random drug testing rate from 25% of CDL drivers tested to 50%, effective Jan. 1, 2020.

So, why was this change made?

On August 17, 2001, a final rule established the process by which FMCSA determines whether the minimum annual percentage rate for random controlled substances testing should be increased or decreased. All modes, including the FMCSA, started out at a 50% random rate.

In 2016, the random drug testing rate fell for the first time, for the FMCSA, to 25% because the rate can only be lowered if the random positive rate is below 1% for three consecutive years.

For the last four years it has stayed this way until the positive rate for FMCSA random testing went beyond 1% for any given year. This was partially due to the legalization of recreational marijuana in many states nationwide creating a more widely accepted stigma around weed and the recently added (in 2018) semi-synthetic opioids to the random drug test panels: hydrocodone, hydromorphone, oxymorphone and oxycodone that are generally taken as pain pills.

Therefore, on January 1st, 2020, the rate automatically reverts back to the 50% rate like when it was first enforced.

How this increase affects fleets or companies with CDL drivers in an FMCSA random testing program?

With more random drug tests being performed, it is estimated that there will be a $50 to 70 million increase in costs to the industry by requiring that more drivers be tested.

And with more drivers being test, more drug tests and results will have to be performed, likely slowing down the drug testing process. Some common delays in this DOT testing process may include:

In other words, more drivers will be found testing positive and either go through a SAP to eventually Return-to-Duty or leave the industry as a CDL driver.

Historically, many of the drivers that tested positive and were let-go tried to switch jobs and hide their positive drug test (or refusal to take a drug test) with their new employers. This “loophole” will now be closed with the FMCSA CDL drug and alcohol Clearinghouse going live January 6th, 2020.

How the FMCSA CDL Clearinghouse will complicate issues in 2020

For the latest updates, read this article: Common Issues Registering To The FMCSA CDL Clearinghouse And How To Fix Them

The biggest issues the Clearinghouse will immediately cause will affect fleets that are hiring drivers in January. Fleets that are not hiring drivers, or owner-operators, only have to worry about registering and eventually running the annual query (which can be done anytime in 2020).

** FMCSA recommends that for carriers facing this problem, attempting to hire today, or conducting orientation classes, a manual query of a driver’s history of drug test results would temporarily suffice. Jan 8th, 2020 **

Employers are now facing new drug testing process issues with the Clearinghouse going live January 6th, 2020. Many companies (whether they are even registered to the Clearinghouse or not) are likely to send in a potential new hire for a pre-employment drug test at a collection site. However, this driver will not be registered in the Clearinghouse database, as required by the new rule, so they could be “queried” to see if the database has any red flags on the driver.

Before the driver can be tested, that driver (likely at the drug testing site) will have to:

Issues to be aware of in this process:

As you can tell, this will delay the pre-employment testing process and cause many headaches, especially for drug testing sites that are not up-to-date on FMCSA testing guideline changes or Clearinghouse rules.

On the DOT auditor side, after any grace-period of getting everyone registered to the Clearinghouse (which the FMCSA has stated will NOT happen), auditors can look to see when a pre-employment drug test was completed and when the pre-employment Clearinghouse query was conducted. If the drug test date was BEFORE the query date, this would be out of compliance and could possibly receive a violation.

Furthermore, auditors can easily see if annual queries in the Clearinghouse on all drivers were conducted or not. If not, the company is in violation and could face fines.

So, what can fleets do about these changes?

The first step is to update your company’s drug testing policies. With more states legalizing marijuana or are just now selling marijuana in many states, and the recent 2018 synthetic opioid changes in the FMCSA random drug testing panel, a thorough review of your policy is highly recommended. We at CleanFleet can review or help develop your policies.

Second, get registered to the FMCSA CDL Clearinghouse. Be aware of website crashes and the common issues when registering. Need help? If you join our consortium, we are helping you get registered for $75 (50% off until the end of January!). We also have a step-by-step video guide to help you get registered yourself.

Third, stay educated. Glostone Trucking Solutions and CleanFleet have partnered up to create a full-day Trucking Safety and Compliance Conference that is FREE to all who register and attend in-person or watch our live-stream broadcast nationwide.

The is our 4th annual and first full-day conference that will be held at the Monarch Hotel in Portland, OR and broadcast live online January 31st, 2020 from 9am – 5pm PST.

This year’s main topics will include:

There are 0 comment. on "What Does FMCSA Increase To 50% Random Drug Testing Rate Mean for Drivers, Fleets And The CDL Clearinghouse?"